Principles of intelligent urbanism: The case of the new Capital Plan for Bhutan

Christopher Benninger has lived and worked in India for the past 30 years. He founded the School of Planning at Ahmedabad (1971) and the Centre for Development Studies and Activities in Pune ( 1976). He studied Urban Planning at M.l.T. and architecture at Harvard, where he was later a professor of architecture. While at Harvard he became actively involved with the World Society for Ekistics (WSE) through his colleagues Barbara Ward and Jaqueline Tyrwhitt. He attended the 1967 Delos Symposion, where he was deeply influenced by C.A.Doxiadis and the Ekistics movement. Benninger has prepared urban plans for Bhutan, where he is designing the new capital, India and Sri Lanka. He has been involved in advisory work for the World Bank, the UNO and the Asian Development Bank in Africa, Southeast Asia and the Subcontinent. His architectural studio has won the Designer of the Year Award (1999); American Institute of Architect's Award (2000) and other awards. He has published articles in journals in America, Europe and Asia. He is on the Board of Editors of Cities, U.K. The text that follows is a slightly edited and revised version of a paper presented at the WSE Symposion "Defining Success of the City in the 21st Century," Berlin, 24-28 October, 2001. 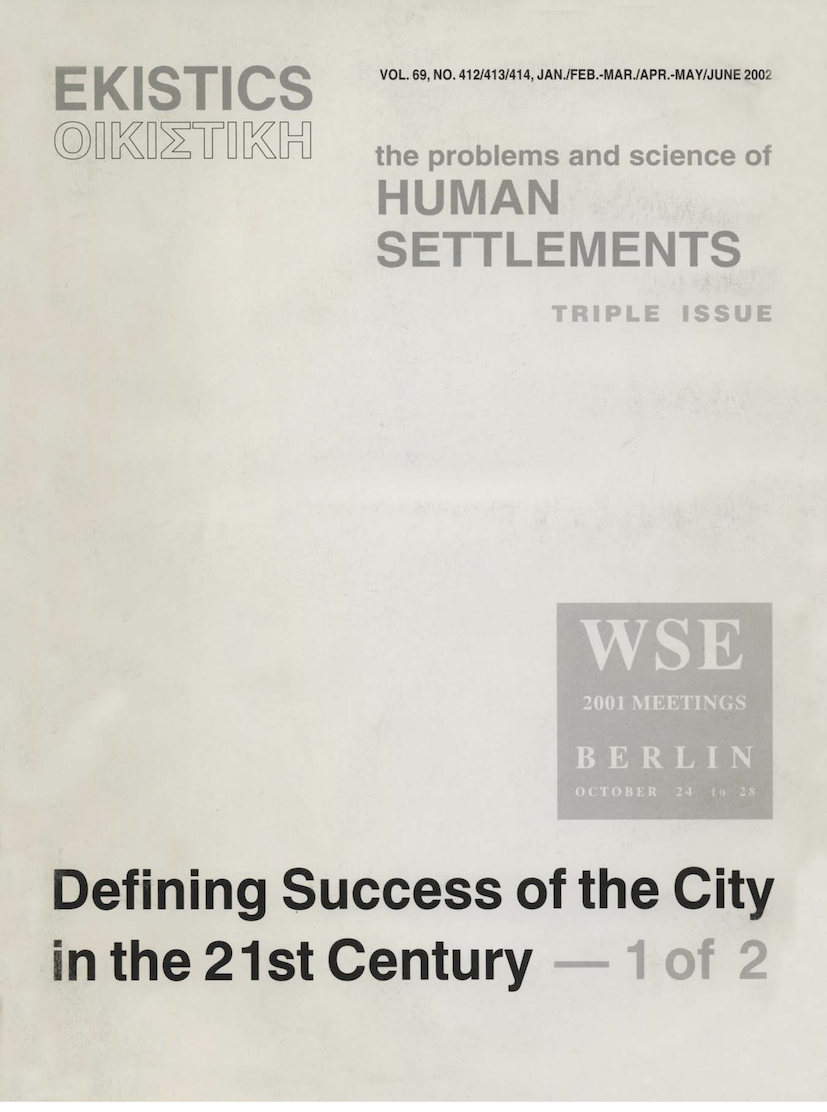